White wines in an ice bath 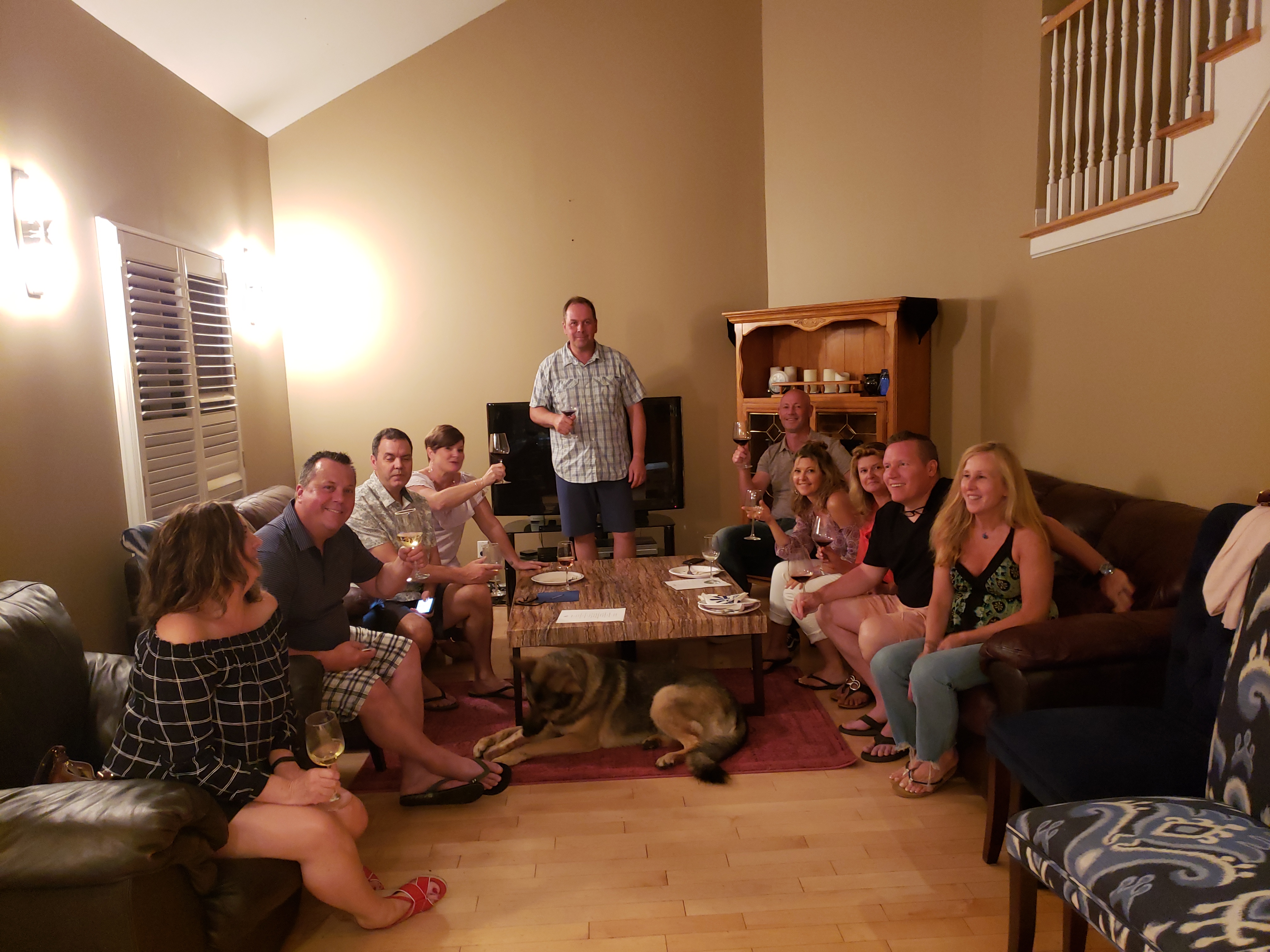 On Saturday July 6, 2019 a group of like-minded, wine loving friends gathered for an in-home tutored wine and food pairing evening. Paul Chesser and Eric Stork of Pointe-Claire had been the successful bidders for this event which was donated by @carlknowswine. Proceeds of the auction, held on New Year’s Eve, were donated to the Lakeshore Hospital Foundation to continue their wonderful work.

The evening was a complete success. Shucker Scott ensured plenty of oysters were available for all to enjoy. Un-Official photog Sheila captured the evening’s events for posterity.

Paul and his wife Catherine Grace were wonderful hosts and prepared an amazing menu for all to enjoy. The wines, sourced from the local SAQ, were a complete success. What a terrific evening!! 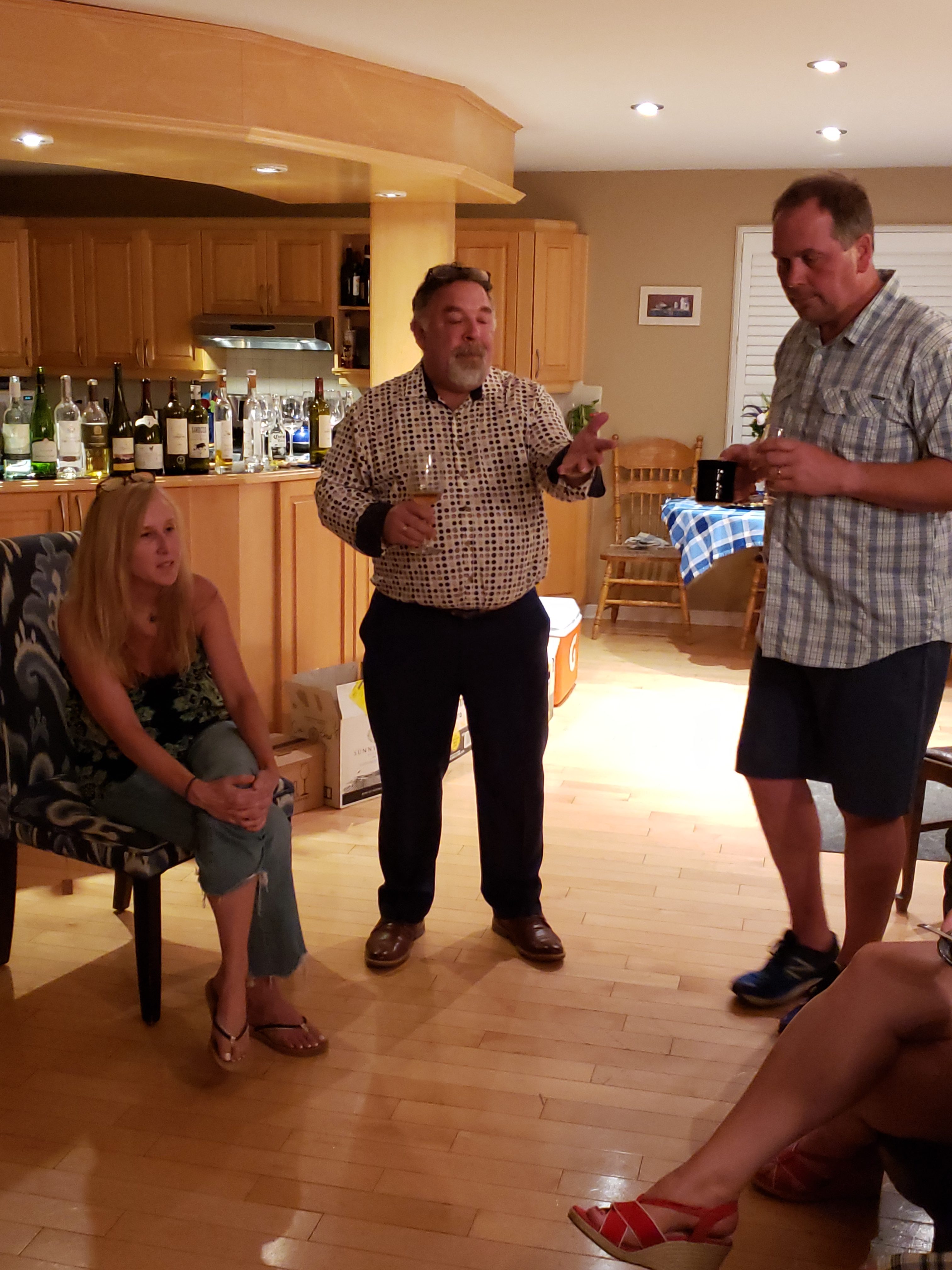 Oysters on the half shell

Penne with shrimp in an arrabiata sauce 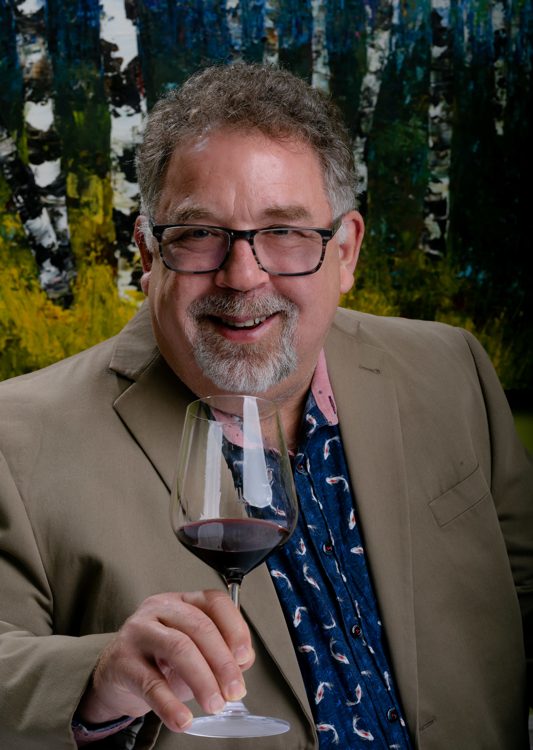